The Cogs & Corsets festival takes place throughout six square blocks of historic Downtown Bloomington. This area is home to over 90 shops, galleries, and restaurants… many in historic buildings with ties to Abraham Lincoln. The galleries will be featuring local artists’ new work and even hosting visiting artists whose pieces exude that Steampunk vibe. Save the date: June 2- 4, 2023!

Are you interested in being a vendor at our 2023 event? Read through our Vendor Policy page and then fill in the application form.

Applications are due by March 30, 2023. Vendors will be notified of acceptance and invoiced no later than April 14, 2023.

APPLICATIONS FOR WORKSHOPS and PANELS NOW BEING ACCEPTED

Cogs and Corsets Steampunk Festival is now accepting submissions for presenters and workshops.  If you’ve attended Cogs and Corsets, you know we welcome over a thousand people to Historic Downtown Bloomington throughout the weekend. Interesting presentations and workshops are key to a successful festival!

It’s been great to get some acknowledgement from our community. Here are a few articles from the 2022 event.

A big THANK YOU to all the volunteers that made the 2022 event so much fun and a huge success. We hope you will join us again in 2023. 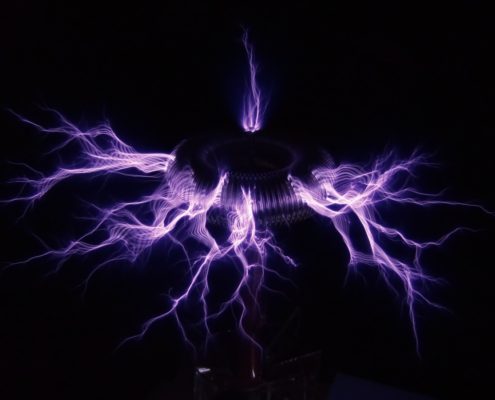 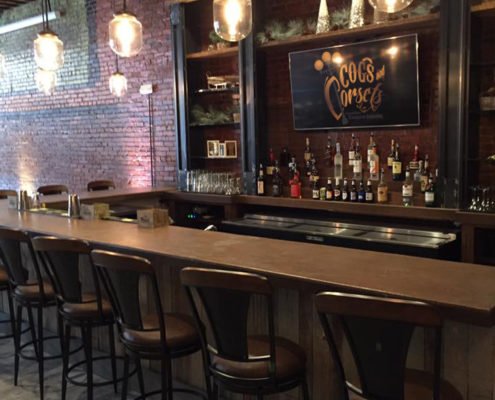 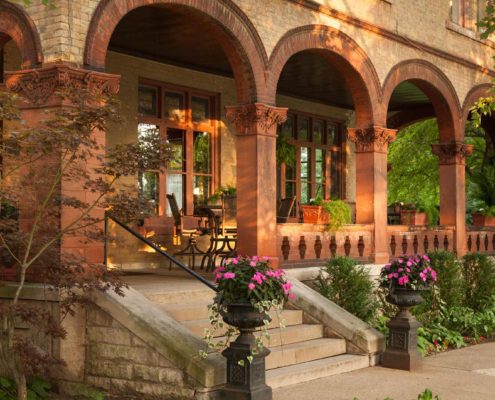 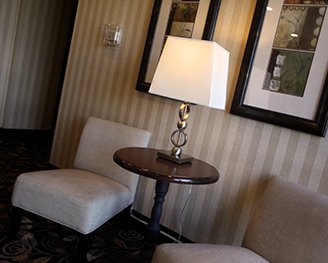 It’s a re-imagining of history —Steampunkers are creative people who immerse themselves in the Victorian era, imagining what life would be like if the steam power of the  Industrial Revolution fueled modern technology. It’s also a celebration of invention, the art of science woven into creative gadgets and costumes that recalls the elegance and romance of the Wild West and the Gilded Age coupled with the wonder of new inventions and technology to expand the possibilities of human existence (such as time travel).

In 1987, the term “Cyberpunk” was the popular term depicting a subgenre of science fiction writers who imagined modern day technology set in a near-future setting. The name “Steampunk” was derived from this moniker, but the setting was changed to the Victorian era (particularly the late-1800s).

Steampunkers strive to celebrate the best aspects of the Gilded Age, the Industrial Revolution, and the great works of writers such as H. G. Wells, Jules Verne, and even Hannibal’s own Mark Twain, whose book A Connecticut Yankee in King Arthur’s Court imagines what would happen if modern technology were taken “back in time” and introduced to the culture of those living in the past (in that case, King Arthur’s reign in the 6th century).

The Steampunk community has described their philosophy as such: “Steampunk is a creative social movement that draws inspiration from Victorian and pre-War history in an anachronistic mix of science fiction, modern values, and a sense of fun.”

Steampunkers are, by and large, creative people who immerse themselves in the Victorian era yet live in the modern-day world…but imagine that the steam power of the Industrial Revolution is what drives their modern technology instead of electricity.

It is the “Future Past That Never Was”, a re-imagining of history and its subsequent [fictional] consequence on today’s society. Steampunk is deeply rooted in the Victorian era’s perspectives on fashion, culture, architectural style and art, and its followers incorporate this style into their manner of dress, their living spaces, their transportation, etc. Steampunkers are highly creative people, DIY-ers who enjoy creating elaborate costumes and gadgets to celebrate their love of history, science, fantasy and fiction. 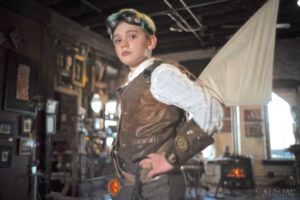 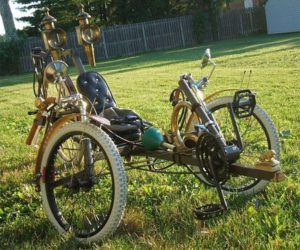