As They Sew in France &
Captain Wiloby’s Emporium

Affordable custom Victorian and Steampunk clothing for men and women and one-of-a-KIND ready to wear clothing.

At Steam & Gears we offers an array of handmade steampunk jewelry, including earrings, necklaces, bracelets, cufflinks, watch fobs, and hairpins. Handmade, beautifully embellished mini top hats and fascinators come in many colors and sizes. Do you need a way to carry your teacup in case you are challenged to a duel? Teacup holsters, also handmade, are offered complete with vintage teacups, silver-plated spoons, tea, and a pocket for other necessities. Other accessories such as waterproof/sun-proof parasols, those most-important goggles, notebooks, hat pins, fans, and feather pens round out the list of wares. Custom orders are accepted.

Highwind Steamworks makes quality leather goods, jewelry and beading, art, lamps and all manner of items. We focus on providing goods for men and women equally, as well as everyday steampunk items that let you express yourself anywhere you go, not just conventions. Come in and check out the modular belt systems along with goggles, necklaces, medals and monocles! There’s a little bit of everything for everyone. 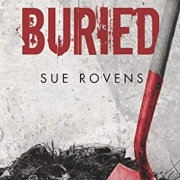 Fresh from a Publisher’s Weekly starred review of her second novel, Track 9 follows a couple trapped in a haunted train station in Germany, Sue was already fine-tuning her third book. Buried came out last year from Plump Toad Press. Fans are already discovering the secrets behind this latest tome about a hoarder who lives next to a funeral home, as well as the necrophiliac who works there.

Sue also has two collections of short stories, one of which made a splash of its own. Her story “Coming Over” from In a Corner, Darkly: Volume One, was taken and adapted by the Southern Illinois University theater department and turned into a short film.

Last year, Sue branched out and created Tales of Terror: Live! — a multi-media event held at Nightshop in Bloomington, Illinois. The three-hour spectacular featured speakers, podcasters, a music DJ, authors, and ghost hunters — entertaining a full-capacity crowd for the Halloween season. Tales of Terror: Live 2! is coming again in October, 2020.

Sue, who is a current member of The Chicago Writers Association and The Alliance for Independent Authors (ALLi), has written for (the now defunct) e-zines Machinations into Madness and The Grim Seer Society. She has also been a contributing author on Golden Linings II: More Tiny Tales about Pets, for Pets, (July 2019) and wrote the article “Planning for a Successful Book Fair” for ALLi.

Sue hosts a blog where you can purchase all her books, read interviews from over 125 authors from several different genres, and discover some other artists in the entertainment field. Visit SueRovens.com to learn more. 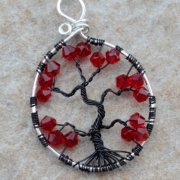 If you are looking for locally handmade gifts, clothing or accessories for your past/future personas, we have what you’re looking for right here.
We have outfits, jewelry, including vintage, accessories, gifts, and other unique items.

My main focus is on re-purposing old books into new items. I also re-purpose maps and other ephemera, vintage china, salt shakers, fun metal serving pieces, actually just about anything that I can imagine a new use for. During this process I create cards, flowers, ornaments, wall art, junk journals, dictionary and map prints. 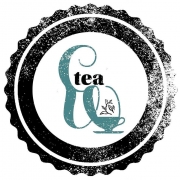 Casting Whimsy is a family-owned business created by two tea lovers. Our creations are crafted in small batches using only the finest, fair-trade, loose leaf tea, organic dried spices, herbs, fruit, and artisan ingredients… with a whimsical twist. We also carry a variety of steepware and infused & creamed honeys.

Do you love fairies and dragons? Are you into anime, manga, movies, or comics? Want a drawing of your gaming character? You’re in the right place. I’m Elaine, a fantasy artist and writer every chance I get. Give me an image and/or a description and I’ll create art uniquely for you onsite (see convention art samples in my website gallery). Stop by my table and commission a drawing, enjoy convention events, then come back for your finished work. You can also buy my book, prints, bookmarks, and more (see samples in my web store). Don’t forget to sign up for my email list and get a free calendar download and a chance to win the mini print of your choice.

CB Squared Crafts has handmade crafts for your home based on a few different fandoms. We also have a wide selection of 3D printed items that are great for use in gaming, such as dice towers, as well as a on site 3D printed so we offer a limited print on demand service of our items or customer commissions. 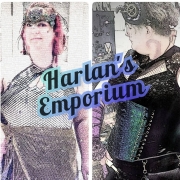 Harlan’s Emporium of
the Curious and the Bizarre

Sugar Sews is busy creating custom and on-the-spot embroidery pieces using a vintage, hand-crank embroidery machine! Bring your own garment to be updated, or purchase something pre-made directly at the booth! It’s something you have to see to believe!

Our goal is to introduce modern readers to the diverse forms of literary art that existed during the Victorian and Edwardian eras, many of which have been forgotten or overlooked by later generations. We strive to be a storehouse of ideas and imagination, blending the best from the past with innovation from the present. Many of the titles we publish were source material or inspirations for authors of the 20th century and today.

Each title is reprinted in a format and type designed for easy reading. We hope these works will inspire appreciation, reflection and enjoyment for years to come!

Candy’s Creations 4U is proud to present a unique variety of Steampunk and Fantasy handcrafted products. Our one of a kind steampunk jewelry and other unique items are designed to augment the look of any costume. Whether you’re a time traveler, vampire hunter, fairy friend, aviator, wizard, or explorer—these imaginative items will lend distinction to any persona.

Each title is reprinted in a format and type designed for easy reading. We hope these works will inspire appreciation, reflection and enjoyment for years to come!

Whimsical jewelry designed and made by hand by a local artist. Victorian vintage mixed with modern styling meld seamlessly to create timeless pieces that will surely become family heirlooms.

We make unique one of a kind handmade gifts.
I create plush robots, handmade journals, keepsake boxes, and amazing artwork. 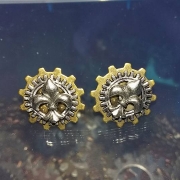 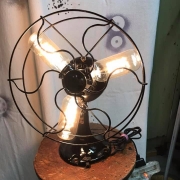 From gears, pulleys and gauges to toasters, hair dryers and drills, we like to turn old junk into pieces of functional art. This both preserves history and keeps trash out of landfills. We can turn just about anything into a lighting fixture.

Custom made clothing specializing in larger sizes for both men and women. One of a kind hats and fascinators. Leather goods and custom created and handmade links, chainmaille jewelry and accessories. 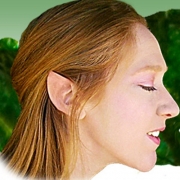 We carry costume clothing made from silk sari material, as well as handcrafted costume accessories and creative oddities.

We sell copper roses of varies sizes. With the rose we make barrettes, broaches, bracelets, magnets. and different size wind chime made from copper or steel.

My work takes its themes from books, myths, legends, TV shows and movies, incorporating symbols from those stories into colorful designs. My most recent collections are colorful, customizable galaxies and backgrounds. Have your name, initials, or a short phrase printed over your chosen background by my mechanical assistant, Pennanna, while you watch! Choose a normal human language, or say it in Elvish, Klingon, Gallifreyan!

We are limited only by your imagination and we enjoy a good challenge. Let us know if we can create something amazing for you. We are a vendor of corsets, leather, steampunk and Renaissance clothing and accessories, Glassware, fandom pins, and more.

We carry a full line of jewelry and accessories for humans of all kinds. Meticulously built from recycled watch parts. Pendants, earrings, cuff links, rings, hair pins, brooches,… and so much more.

Victorian Photography Studio utilizes 19th century cameras and chemical recipes to capture your image on a tin plate, identical to the process from the victorian era.

The Waycraft Coven is home to a large assortment of books, potions, jewelry and decorations of all sorts to give off that magical vibe in your life!